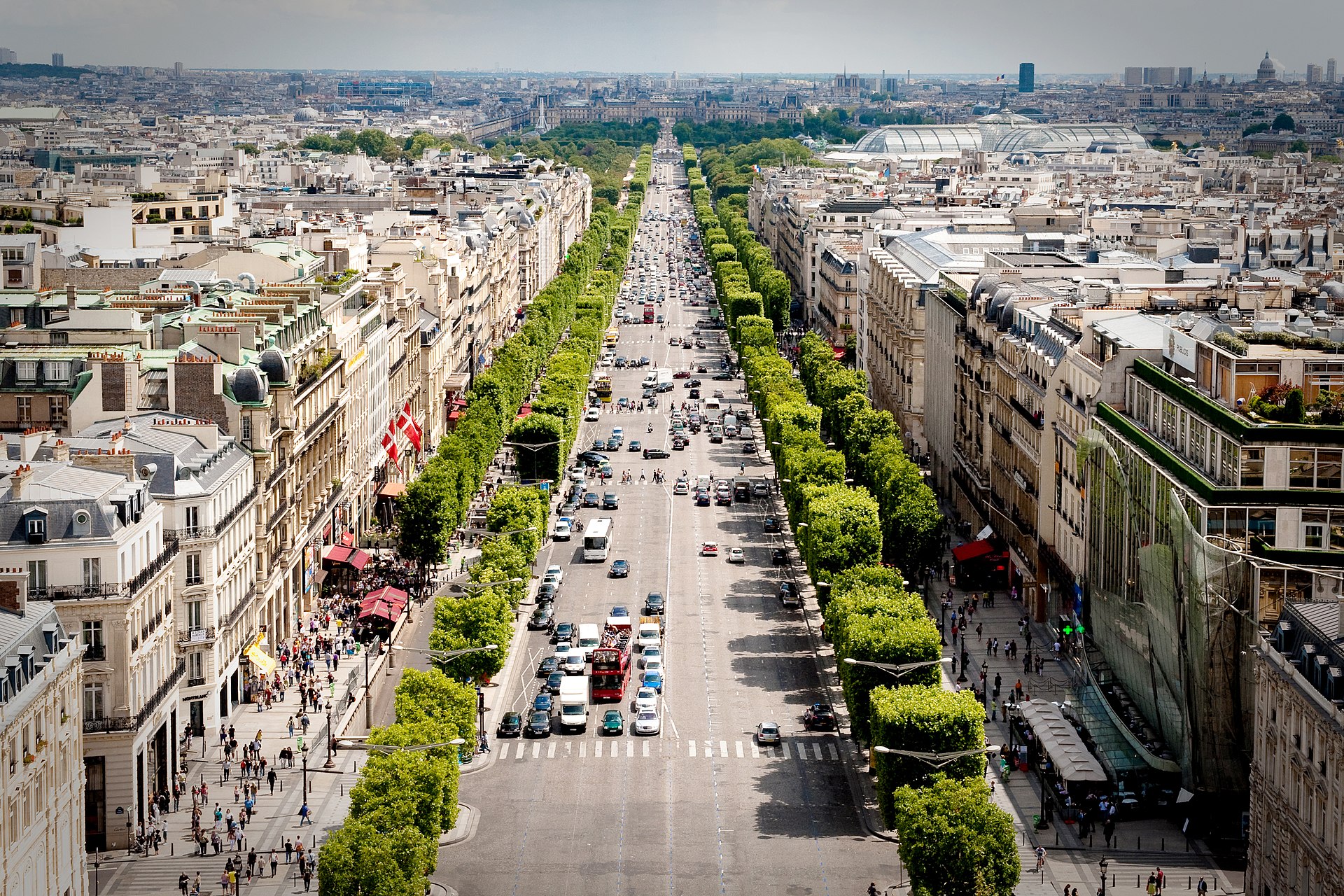 Our blog this month is a continuation of a virtual look at great cities where architecture has become an important contributor to place making. Paris is one of the most renowned cities in the world and perhaps the most charming with its variety of neighborhoods from quaint Saint Germain, to the hilly Montmartre. It was known as the City of Light long before the electric light illuminated Paris mainly due to the efforts of one powerful urban planner, Georges-Eugène Haussmann.

Paris, like so many European cities, morphed from a rabbit warren of narrow streets and alleys, medieval in its origin to the city we know today. In the mid-1800’s, when Napoleon III (nephew of Napoleon) took power, he felt Paris was dark and dirty and full of diseases. The solution presented to the public was to open up the streets into grand boulevards, allowing sunlight into previously dark streets. In reality, Napoleon number three was looking for opportunities to create grand boulevards to showcase his military strength and to build monuments honoring the military successes of his uncle. It also provided new areas for development along these grand boulevards for the wealthy. According to popular opinion of the time, Georges-Eugène Haussmann ripped the heart and soul out of Paris. A much hated man, this sentiment continued for many years and still does for some today. Haussmann’s imprint can be seen through the numerous diagonal boulevards bisecting Paris and the parks that provide an ordered, but green relief to a major urban center. His ideas have been admired and drawn from in the planning of many American cities from Chicago, to New York, and Washington.

Paris is famous for the grandeur of these boulevards and we have come to appreciate the order and the great architecture that resulted. The grandest of these is the Avenue des Champs-Élysées, which actually began to emerge from pastures and kitchen gardens during the reign of the first Napoleon, setting the tone for the urban renewal efforts of Napoleon III and Haussmann. The boulevard is 230 feet wide and 1.2 miles long—with 8 full lanes of traffic! In spite of the fact that it is a major vehicular thoroughfare, it is one of the most successful pedestrian and mixed-use streets in the world. The rectangular tree-lined buffers between the pedestrian and the automobile is brilliant, creating successful zones and scale for each. Avenue des Champs-Élysées terminates at the Arc de Triomphe, Napoleon’s monument to his greatness, and between two important civic buildings.

Paris offers many urban experiences from intimate to grand and we would encourage you to spend some evenings virtually exploring Paris and other great cities as we continue to quarantine during this pandemic. When the veil lifts, travel again and discover your favorite Architecture of Place.