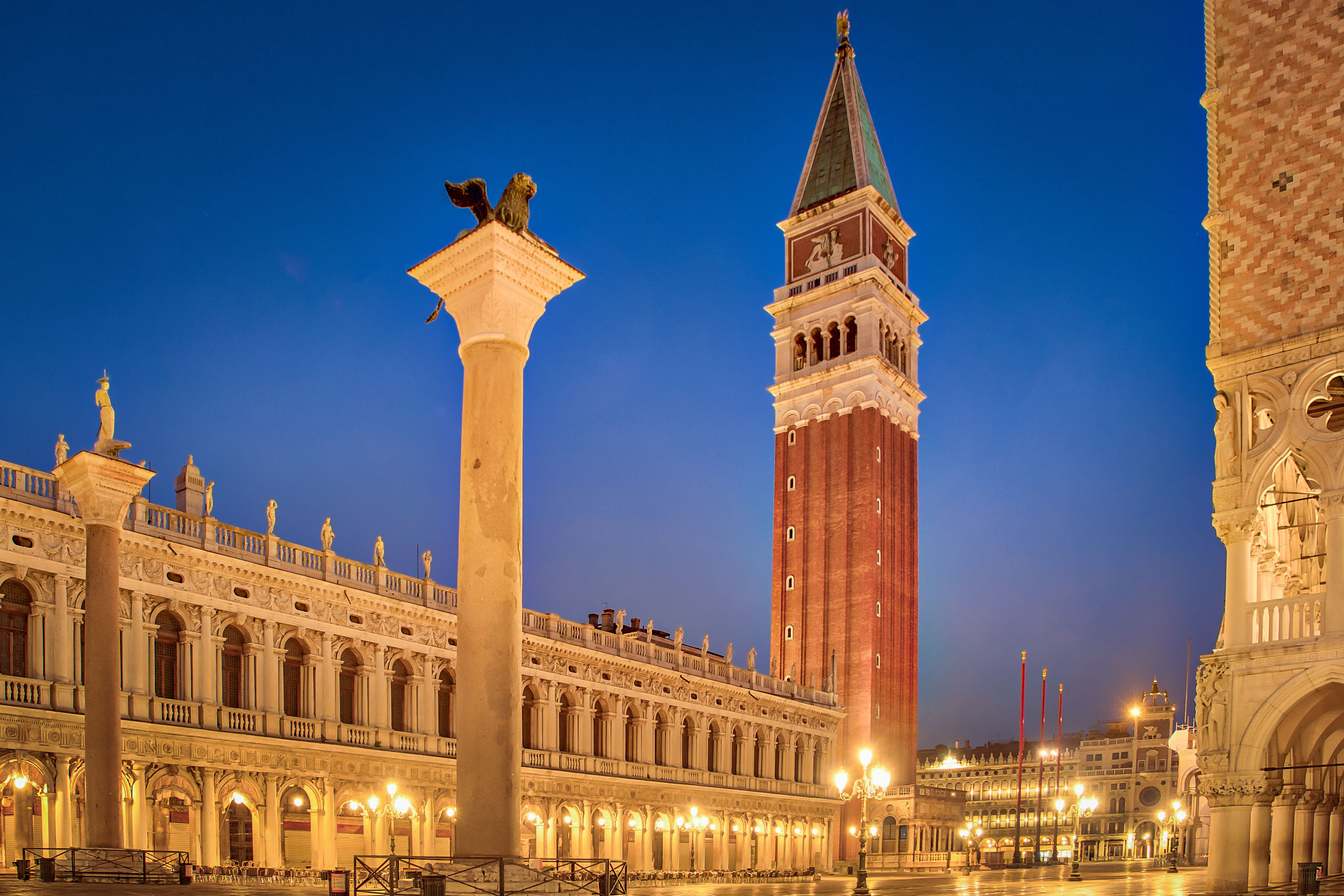 With travel restricted because of the Covid-19 virus, we will be looking virtually at eight American and European cities over the next few months. The architecture of these cities has promoted great communities where people have flocked in droves, sometimes to the detriment of the city itself. Each place has endured natural and man-made disasters, and today, many face the real threat of sea level rise and the financial implications of dealing with those solutions. Despite all these difficulties, each city has demonstrated impressive resilience that should serve as encouragement in these times.

Venice was founded around 600 AD by Romans from nearby villages escaping the invading Germans and Huns (think Atilla the Hun). The beginnings of the city, or rather the remote outpost, was constructed on pilings, with trees driven into the mud, and resting on a layer of limestone in the shallow lagoon that surrounded Venice. In its early years, Venice had limited success and was at one time abandoned completely. The lovely Venice we know today flourished during the 13th and 17th centuries as a center for trade and was the first true international financial center.

The city is comprised of six neighborhoods, or sestieris, made up of 118 islands and 400 bridges crossing canals. Each had various functions through the centuries ranging from manufacturing to banking and education. The Grand Canal became the “main street” of Venice, and like many traditional towns, this “high street” is where the grand homes and palazzos were built. The most notable space in Venice is the Piazza San Marco—St. Mark’s Square. Its edges are formed by the Doge’s Palace and the Biblioteca Nazionale Marciana and crowned with the extraordinary Basilica San Marco whose domes appear as balloons perpetually awaiting release. The architectural styles of Venice were greatly influenced by the trade that occurred as the city flourished. The most prominent style that graces the city is Gothic with strong gestures to Byzantine and Islamic architecture. Great Renaissance architects such as Palladio, Scamozzi, and others left a lasting imprint on the architecture of Venice.

Like many great cities, Venice has faced numerous obstacles including invasions, economic decline, and devastating plagues. Beyond the recent pandemic, the most current threats to the city have been excessive tourism and sea level rise. 30 million tourists visit Venice every year (only 55,000 residents) and until recently, cruise ships docked at the entrance to the Piazza San Marco. Waves from the ships threatened the delicate foundations of the buildings. The city has enjoyed the pause brought on by the pandemic (opportunity in crisis) and is seeing once again its canals more clear and supporting fish. It is reported that carbon emissions were down 17 percent daily worldwide during the shutdown.

Venice may seem to some like a faraway fairy land, but the threats facing the citizens of Venice are many of the same threats we face in cities and towns across the US. In Charleston, SC, where Creech & Associates maintains a studio, we are currently facing the same effects from sea level rise and tourism. This pause has granted us an opportunity to evaluate the current state of our natural world and to better understand its connection to the health of our citizens and the built environment, and hopefully, we have learned something from it all.