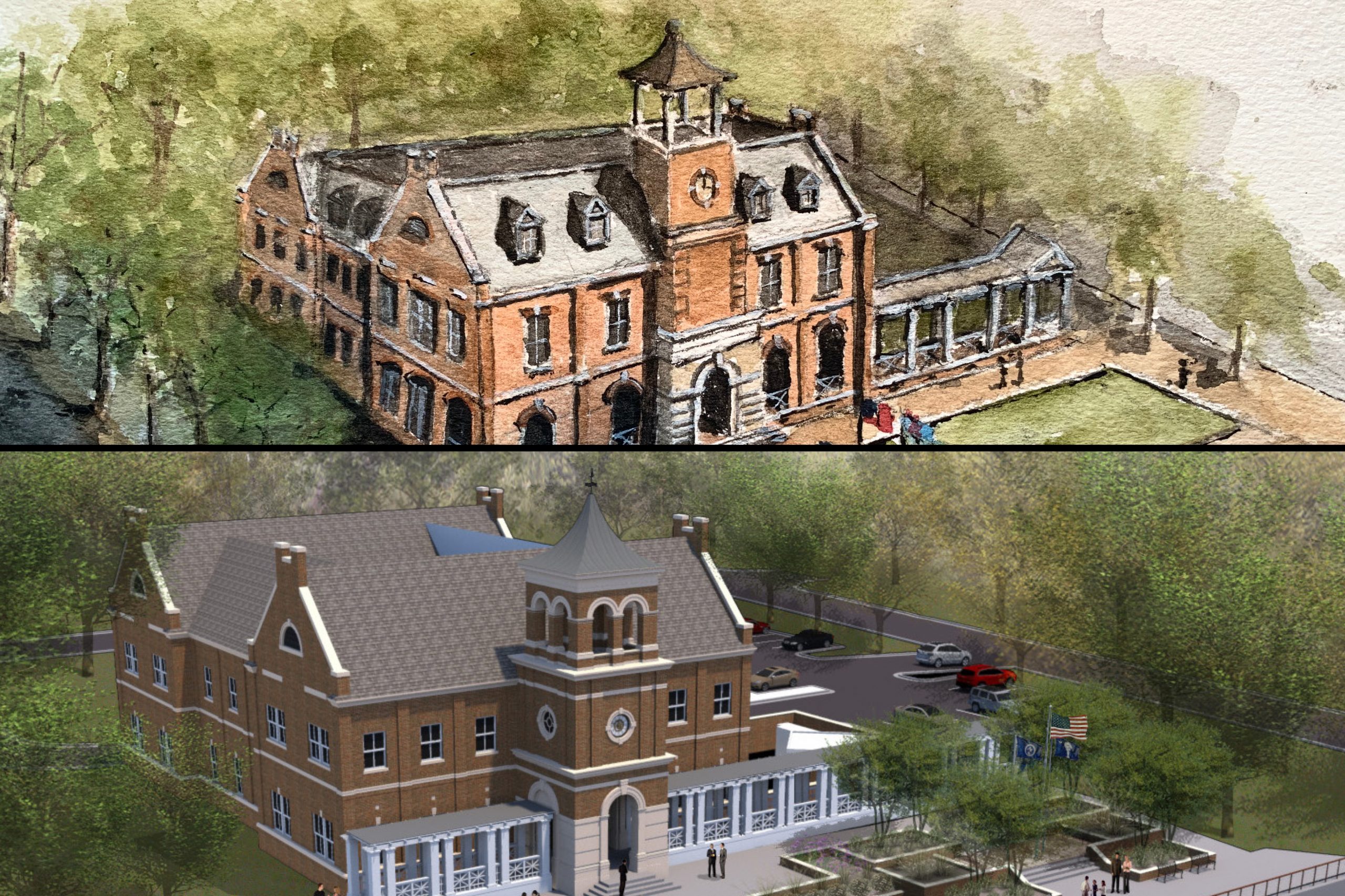 Technology has been a vital gift to many industries including our own. In the past when I have walked through our studios, I have seen amazing things unfolding before me on the computer screens. Designs were being explored and studied in three dimensions that later became part of the documents that the contractors use in the field to construct the buildings. As with many architectural firms, the Covid-19 virus has temporarily cleared the studios at Creech & Associates, sending our staff to work from home. Fortunately, because of technology, the magic continues and designs and construction documents continue to flourish virtually. Our staff can work on the same drawings and designs simultaneously from miles apart but as if they were sitting next to each other.

The importance of hand drawing is often overshadowed by technology. To some, the idea of hand drawing might seem archaic. But to others, it may appear like magic. Before any of our designs become a part of a computer study, they are first drawn by hand. That is the other magic that the artist in every design architect possesses—the gift of hand drawing. The eye to hand coordination is a phenomenon that cannot be duplicated on a computer. However, when you marry the two, the result is greater than either when they stand alone. Hand-drawn designs are eventually able to be studied with more precision and in multiple views. Often, after a three-dimensional computer study we return to hand drawing as a tool of refinement.

The architect and designer must continue using both skills to stay on top of his or her game. I often take a sketch pad and watercolors with me when I travel. I also take a camera because time does not always permit me to sketch or paint. Sometimes I paint from a photo I have taken—thus merging two technologies. Since I am unable to travel at the moment, I was recently painting a view of a small village in Bovino, Italy from a photograph. It was a rather daunting task for me because it involved the painting of hundreds of buildings with terra-cotta roofs. What I noticed as I painted was that there were two colors of tera-cotta. That told me that as the village evolved, one source of clay disappeared and another was found. I had never noticed that in person or in the photo—only when I painted it. It is important to understand the value of both hand drawing and computer-aided drawing. When that value is understood, they can be amazing compliments to each other. Stay safe and healthy during these times and use this pause to see things you might otherwise miss. And take out your sketch pad or even a napkin at dinner and draw.